Clinical depression is a mental health disorder that causes depressed mood or loss of interest. No one will be able to answer why depression occurs?. We can fall into depression due to many reasons. but Biological and environmental factors contribute to the development of clinical depression.

We are living in an age of unmanageable and helplessness.  individual failure and unrealized attempts for success are also lead to depression. if we compare with the old-time, today the depression is ten times more. clinical depression is increasing fast. People with depression are much younger, reaching into late childhood and early adolescence.

Why we are so depressed?

We’re currently living in a stressful world full of problems and insecurities. Often we develop depression under challenging circumstances. so some medical problems may be responsible for triggering clinical depression.

Clinical Depression was seen more in old people. Today, young mass suffer depression. This may even start from late childhood to early adolescence.

Normally, people experiencing a stressful event can recover after a few days. but individuals with depression will last for days to years.

Difference between Depression and Anxiety 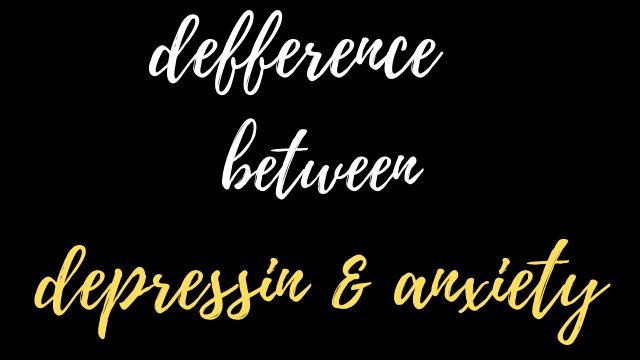 Clinical depression and anxiety are two different types of mental disorders that are closely related to each other. Since they are related, the approaches to treating them are almost the same. During the treatment of depression or anxiety, the patient must be courageous and willful to get well. without these, treatment will take longer than expected.

The cause of clinical depression and anxiety hasn’t been identified up to this point in time. There are two factors that cause such a mental dilemma. One is the chemical imbalance in the brain and the second, the accumulation of experiences that are not favorable for the person. Due to this, the depressed person experiences a strong sense of guilt or disappointment. and it leads to an extreme sense of fear.

Depression is not something you can ignore easily. Clinical depression causes may come from internal or external factors. 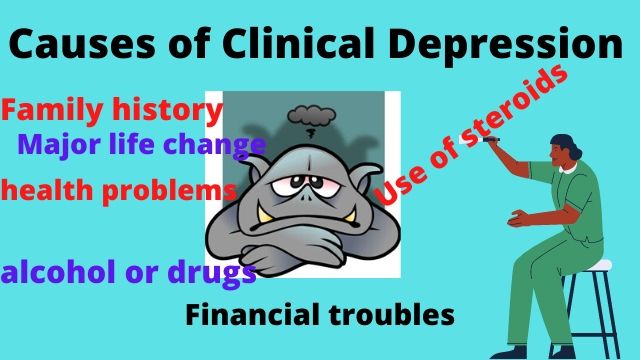 Researchers have particularly been interested in investigating whether clinical depression is an inherited condition. A major theory is that some genetic changes (mood-regulating chemicals in the brain) can lead to clinical depression. The other major component is environmental triggers which cause a person to be depressed.

Factors which make a person depressed 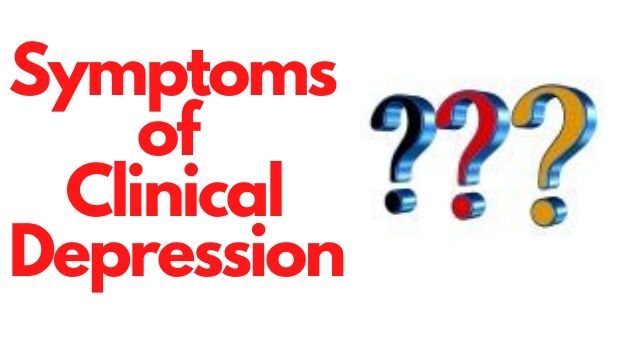 There are many forms of depression. Clinical depression is often caused by neurotransmitter imbalances in the brain.

We know that Sadness and happiness is part of our life. We normally feel sad or depressed when a loved one going through a tough phase. This may be a divorce or severe health conditions and someone passes away. We also know, these feelings are normally short-lived and vanished with the time. But When we experience an intense feeling of sadness for long periods, then we may have a major depressive disorder (MDD).

Major depressive disorder or MDD is a type of clinical depression where the victim is always in a dark mood and loses interest in activities. They avoid such activities as what was once their pleasure. This mental condition normally treated with medication and psychotherapy. Apart from this, depression can be treated with the help of electroconvulsive therapy or psychotherapy or antidepressant medications.

A major depressive disorder is a type of clinical depression that can affect many areas of your life. It not only impacts your behavior but also causes various physical functions, such as appetite and sleep. People who suffered from major depressive disorder often lose interest to do activities they once enjoyed. They also face trouble performing day to day activities. There is also the thought in his mind that there is nothing left in his life.

A persistent depressive disorder is Formerly known as”dysthymia.”This is a type of clinical depression where the depressed person has a low mood for at least two years. This condition may not reach the intensity of major depression. In this condition, peoples can manage their day to day activities, but they feel discouraged or miserable much of the time.

It leads to self-destructive behavior and also followed by a period of depression. People with bipolar disorder have both periods of depression and periods of greatly elevated mood. This condition is called mania.

This type of depression happens when days get shorter in the fall and winter. This can relate to the season. Depression comes with the beginning of the season and goes away after the season is over.it can begin and end at about the same time every year. The symptoms of SAD start in the fall and continue to the winter months. they don’t suffer depression in the spring and summer.

Signs and symptoms of SAD

We can treat the SAD patient with the help of light therapy (phototherapy) followed by medications and psychotherapy.

In most of the cases during pregnancy and after the pregnancy the depression is not recognized and it gets worse. This can affect your pregnancy or becoming a parent. Perinatal depression not only affects you and your child but also affects others who are nearer to you. Therefore, it’s important to communicate with others or you may consult your doctor.

PMDD is a type of clinical depression that is a severe form of premenstrual syndrome.it is very similar to PMS, but its symptoms are more severe.  Normally The symptoms show during ovulation and end once menstruation starts.

During the menstrual cycle, the changes in hormone cause premenstrual syndrome (PMS). But in the case of PMDD, the symptoms are more persistent and intense which requires doctor consultation.during this period they feel depressed and thought of commit suicide. 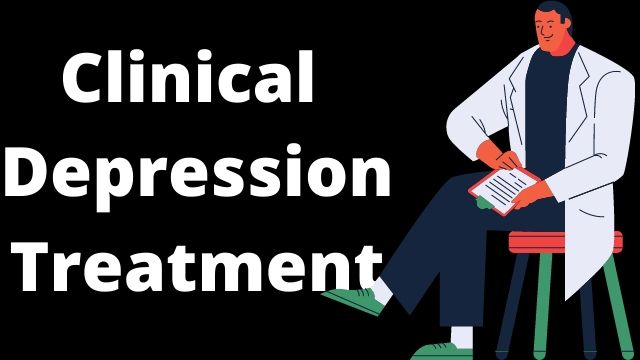 If you have a mild to moderate depression then exercise can help you to overcome .its a proven way of that depression. Exercise is one of the main treatments that can help mild depression. So you have to join a group exercise class and workout.

Communicate with your friends, relatives, and loved ones. Share your feelings with them can help you to overcome your stress. You can talk to a local psychological therapies service regarding your condition. You can go for talking therapy that includes cognitive-behavioral therapy (CBT) and counseling.

You can take Antidepressants after consulting a doctor to treat the symptoms of depression. There are many different types of antidepressants available. this antidepressant or medicines are mainly used for moderate to severe conditions. but the medicines should be prescribed by a doctor,

Mental health teams can help you out from depression. If you have severe depression, then you have to consult with psychologists, psychiatrists, specialist nurses, and occupational therapists.

Medications can be administered even to an outpatient. This means that your doctor will only give you prescription medicines that you should take while you are at home.

Hospital confinement, however, comes into picture when the patients are already suffering from major clinical depression. This is a necessity especially if the patient tends to cause self-harm or to harm other people. It is also required if the person is no longer capable of taking care of his hygiene, food, and clothing.

However, there are cases where you need to take medications before other forms of depression and anxiety treatment. Because the reason is your body needs to achieve a state of equilibrium first. and this can only be done through medications.

Other forms can be used aside from medications such as electroconvulsive therapy. This clinical depression & anxiety treatment is effective. But this approach is very controversial because it works by emitting short bursts of current directly to the brain.

Psychiatric treatment for clinical depression and anxiety is broad. it may be just psychotherapy, cognitive therapy, electroconvulsive therapy (ECT), and other treatment methods.

This approach can vary in duration from a couple of weeks to a couple of years. It can also work along with anti-depression and anti-anxiety medications.

we have mentioned several treatments for clinical depression & anxiety. There is a revolutionary approach that is also gaining popularity. This new approach is known as the natural remedies for depression& anxiety.

It stresses the importance of good nutrition and proper exercise for a healthy mind. It is believed that proper nutrients and exercise can regulate chemical activities in the brain.

This belief has scientific studies to back them up. People with clinical depression or anxiety disorder have a lack of important vitamins, minerals, hormones, and chemicals in the body. This deficiency results in what is commonly known as hormonal imbalance.

The studies have shown that patients who were given supplements have responded well and have recovered fast. It is also good for the person to embark on self-help techniques.

Along with medical and psychiatric help, the family also provides love, understanding, and support to them.

There are more than 1.1 million suicide attempts in the United States every year. Worldwide the problem is even worse. there are close to 20 million people attempting suicide every single year worldwide.

So much, that depression is the leading cause of suicide in the United States. And since the clinical depression, 1 out of every 10 people suffering from clinical depression will end up killing themselves. As you can see suicide is a major threat, so if you are depressed you are at very high risk for committing suicide.

Clinical Depression is often not treated and if left untreated it can last for months or even years. if you delay the treatment then it will cause many negative effects on your health, relationship, and family. it’s advised to communicate with your loved ones and consult a doctor or health professional as soon as possible.

Still, there is no proven way to treat depression. but there are so many effective ways or treatments and health professionals who can help you to get out of clinical depression.

There are many ways to help people recover from clinical depression. but you have to provide the right treatment to help them out from depression. A right health professional can create magic. 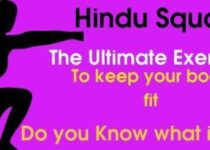 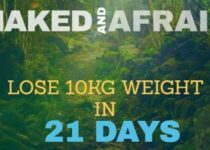 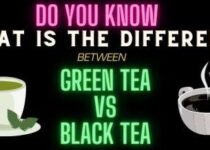